The other night I watched Paul McCartney on television, in a replay of a concert last summer at Shea Stadium in New York City. It brought back a lot of memories. The old boy still has the chops.

I use the term "old" loosely, because although he's a few years older than I am, we are basically from the same generation. The Beatles were huge back in their day. Their music has had such a lasting influence on generations to come, and I can't think of anyone who hasn't been impacted by one of their songs. And there seems to be a whole new generation of people who are now Beatles fans, as evidenced from the throngs of all ages of people cheering Paul on at the concert, where he played with the original Beatles 44 years ago.
The Beatles were a true phenomena, not only in music, but on our culture. Right about then was when the term "hippie" first started coming into common use. I remember when they first played on The Ed Sullivan Show in 1964. "Who are those mop-heads?" everyone asked. "Look at that long hair!" Yet looking at the pictures now, they were relatively clean-cut. 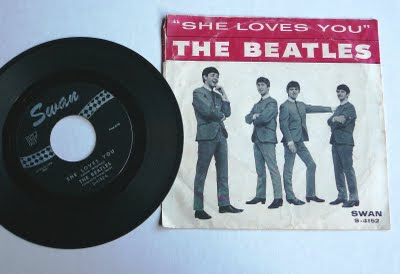 I was never one of the screaming, rabid fan girls adoring the Beatles. And I never saw them live in concert. (Although I was lucky enough to see Jimi Hendrix, Janis Joplin, Peter, Paul and Mary, George Strait, and Merle Haggard all live on stage.) 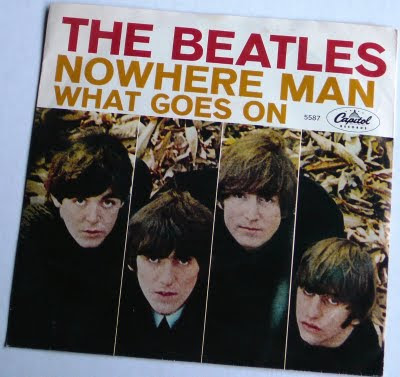 But I did buy and cherish their records, and I was influenced by their music. I remember being at the guitar or the piano trying to figure out the intricate chord changes in "Yesterday." This was long before you could go online and find them - there was no online :-) I remember sitting around with a group of people trying to pick out all the harmony parts to sing on "If I Fell." And smiling whenever I turned on the radio and heard "Here Comes the Sun."

The song writing team of Lennon and McCartney wrote some of the most memorable music of several generations, and it's nice to see that it's still popular. If I had to pick a favorite song, it would be hard to choose between "Yesterday," "Hey Jude," and the haunting "Norwegian Wood."

So here's a question - what's your favorite Beatles song?

Email ThisBlogThis!Share to TwitterShare to FacebookShare to Pinterest
Labels: The Beatles

I LOVED THIS POST!!!!! My favorite Beatles song is a tie between Because and Across the Universe. I also love Yesterday. Basically, all of them haha.

I don't know if I ever told you that the Beatles are my all time favorite band. I have almost all of their albums too, some on vinyl as well. And Joe even got me Beatles Rock Band for our anniversary this year. Yup, I'm definitely a Beatles nut.

My favorite song is still All You Need Is Love--the song that closed down my wedding. Every time I hear that I remember that day! Besides our wedding song, it's the only other song I remember that was played. The Beatles just do that to a moment, ya know?

Shoot! I love them ALL. No seriously.

As a little, little boy, my youngest son, Jake, (he's 11 now) LOVED the Beatles and used to sing I Will, to me. Too sweet. So I'm biased, but I'd probably have to choose that as my favorite.

As a totally random aside, he also named one of our cats, Beatle, yes, after the band.

And on another random note, this poor kid got it in his head that there was a companion to the white album...the elusive Beatles' black album. LOL, he's been searching for it ever since (and nothing I say can dissuade him). :)

It is hard to pick a favorite song and I don't even have the advantage of determining if it would have been from their earlier works or their later works... I do remember The Long and Winding Road seeming very poignant to me as a young teen.

I was a later-comer as fans go. But my husband has always admired them and he even took me to see Paul McCartney at the Key Arena when he was last in Seattle. We had GREAT seats and I have to say I was unexpectedly tearing up the minute he came on stage. I really felt like I was seeing a legend. He was fabulous by he way and in contrast to how they were viewed years ago, I thought he was a real gentleman.