On Finishing the Draft

As we wind down the year 2014, I thought this would be an appropriate topic - finishing.

When I was a fairly new writer, I made a mistake that I see many writers make (and yes, I'm still guilty of it from time to time myself.) And that is editing, again and again, the beginning of a manuscript, until it's almost perfect - but never actually finishing the darn thing!

Especially for those of us with time constraints - jobs, children, animals, housework, yardwork, exercise, or whatever else takes up your time - it's common to set aside a WIP (work-in-progress) for awhile. But here's what often happens when you jump back in to it: you re-read the entire thing from the very beginning, fixing things along the way. Over and over! Yes, edit, edit, edit: it's a writer's job, right?

Wrong. A writer's first job is to finish! And the best way to do this (I've learned over the years) is to not begin from the beginning. Instead, when you open that manuscript to work on it once again, look over the last few paragraphs where you left off. Just enough to give you the feel of where you were, and where you intended to go (if you can remember.)

Just jog your memory and Keep Going! Keep going towards the end. Resist the urge to edit that thing to perfection every time you open it on your computer.

I've known many writer friends over the years who have fantastic, partially finished manuscripts they've been working on forever, but who never, ever, get to the ending. Don't let this be you!

There are no better words that an author likes to write than "The End."

After that, set it aside for a little while, and then (with fresh eyes) you can start your edits, your polishing, your re-working those words to make them sing.

As for me, I am working on a brand new Cat Tale, which will be called The Newlywed Cat.

Just dropping by to announce a sale - but the price is a moving target, so hurry over and check out what it is right now! At the moment (and for the next day and a few hours)
CAT TALES (Books 1-4) is on sale at Amazon, on a Kindle Count Down for only $0.99. 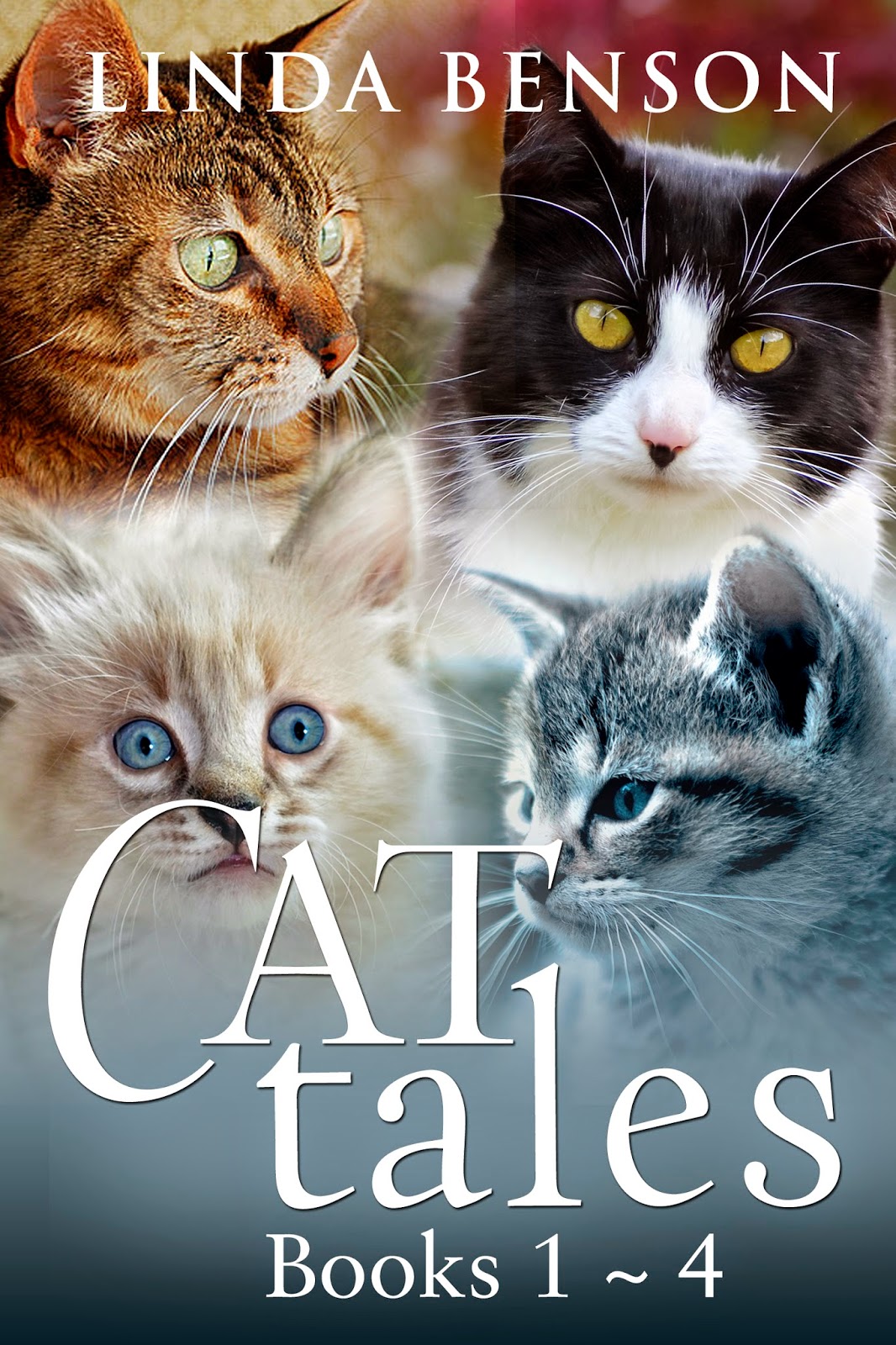 That means you can read all four - The Winter Kitten, The Springtime Cat, The Summer Cat, and The Autumn Kitten - for the price of one.

Then the price goes up a tad, and then back to regular price at midnight, Pacific Time, Dec 7, 2014.

Hope you can take advantage of this great sale, and read the ones you've missed!

Thanks, and Merry Christmas Everyone!
Posted by Linda Benson at 9:01 AM No comments: