My latest passion is not a handsome stranger. It's not writing, or horses, or donkeys, or chocolate-chip cookie-dough ice cream (well maybe.) No, lately, I have been totally obsessed with Ducks!

Our new place has a small meandering irrigation canal running through it. And as the days warmed, I thought wouldn't it be cool to have some ducks floating there?

So, because I'm the kind of person who likes to learn about things first, (and get all of my ducks in a row *grin*) I promptly ordered every book that I could find from our local library on raising ducks/ geese/ or waterfowl.

I studied. And I googled. Do you know how many breeds of domestic ducks there are? Besides the normal white ducks (Pekin) and Mallards, there are Rouens, Cayuga, Muscovy, and Swedish Ducks. There are Crested, and Buff Ducks. Bantam ducks and Magpie Ducks. There are Khaki Campbells, Cayugas, and Indian Runner Ducks. And more!

Did I want just plain white ones, like the Aflac Duck? Or did I want something more exotic? The local feed stores were filled with adorable cheepy ducks, and there were online hatcheries where I could order whatever I wanted, to be delivered by the local postman. How to even choose?

After much consideration, I decided to find some already grown-up adult ducks to start. Although we have a very good dog, I didn't really trust my outdoor kitties to be nice to little cheepy things. And I was hoping to get some pretty ducks - something a little on the special side.

First, though, I had to convince wonderful hubby to build a secure duck pen. Because I knew that if we just got some ducks and turned them loose, they would soon be eaten by a predator, in the form of coyote, fox, raccoon, weasel, or who knows what else? And I didn't want tragedy and tears.

Soon, we had a duck pen and a duck yard. And I found three boy ducks (for free!) on Craiglist. 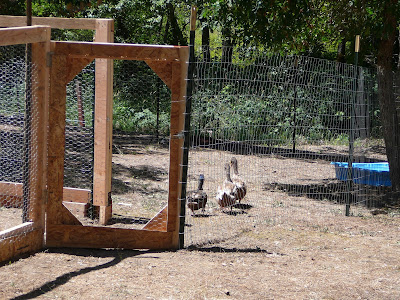 I named them Hershey, Snickers, and Roscoe. The two brown ones are Khaki Campbells, and Roscoe is a little mallard. 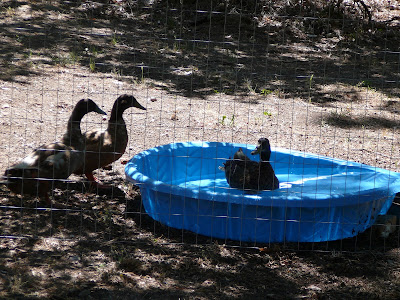 We kept them in the pen with kiddie swimming pools for a couple of weeks, until they got used to their new home and knew where they lived. And because I couldn't leave well enough alone, I found some more free ducks, and brought home Pork Chop and Prince William. 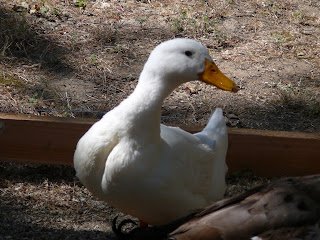 But Pork Chop was kind of a bully, and didn't play well with others. He hogged the pool and wouldn't let anyone else in, and then he started picking on little Roscoe (the mallard) and running him into the fence and biting him. Enough of that stuff! I gave both new ducks away the very next day.

I decided I'd just stick with my three very nice ducks, and started letting them out to wander down towards the canal. They meandered down and peeked, but decided it looked very scary, and would not go in at all. Until yesterday, when suddenly - all three of them were In The Canal! 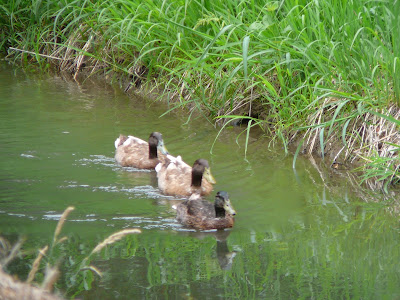 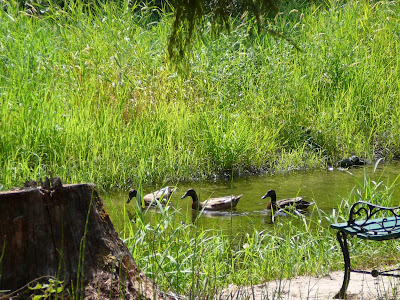 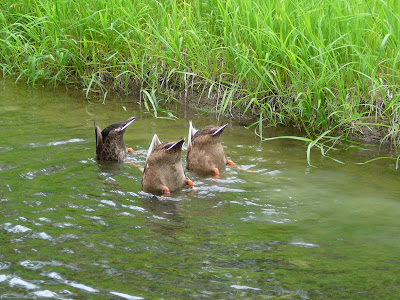 Diving!
And so today, since I saw how much fun my three ducks, Hershey, Snickers, and Roscoe are having in the canal, I came up with another brilliant idea. 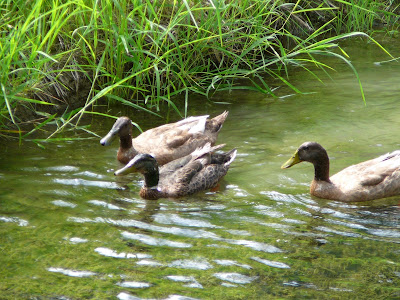 Maybe they'd like to meet some female ducks!
(to be continued)
Posted by Linda Benson at 5:46 PM 3 comments:

Email ThisBlogThis!Share to TwitterShare to FacebookShare to Pinterest
Labels: ducks

Hi everyone - I was pleasantly surprised to be notified that *drum roll please*
The Girl Who Remembered Horses is a 2013 Finalist for
Best Children's Book at eFestival of Words. 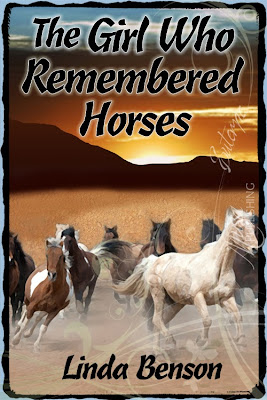 If anyone wants to drop by and give it a vote - here is the link: 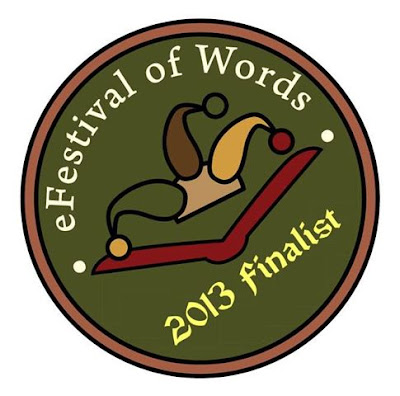 I believe you have to register at the site before you can vote, so many thanks up front to anyone who takes the time to do so!

Also, The Girl Who Remembered Horses is still priced at only $0.99 on Amazon, so if you haven't read it, scoop it up before my publisher decides to change the price back. *wink*

That's all for now! Hope you are having a great summer, which involves finding some fabulous new books to read!
Posted by Linda Benson at 2:32 PM No comments:

Moving through the seasons at our new place, I've been amazed at the variety of wild plants sprouting and blooming. I've been researching them, cataloging them, and finding all of their scientific names. 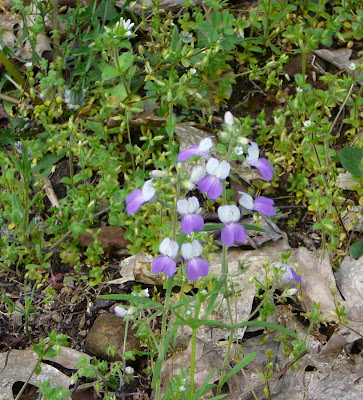 I've thrilled to showy masses of native wildflowers on our side hill, and wafts of perfume drifting up from wild azalea and mock orange thriving in our wetlands area. 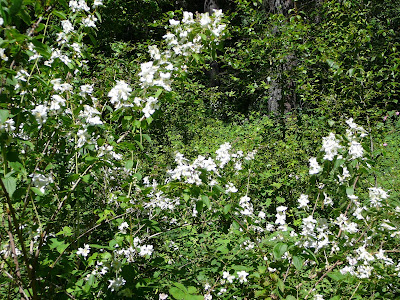 And yet the spot of color that suddenly appeared in a crack on our back patio caught me most by surprise. 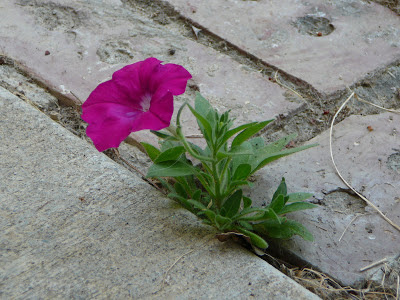 Nature's will to survive is the most amazing thing of all to me.
Posted by Linda Benson at 8:52 AM 3 comments: